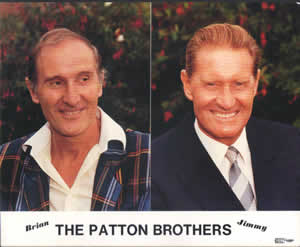 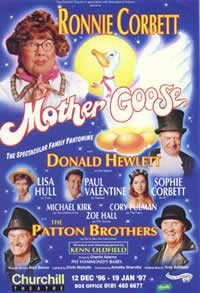 This year Jimmy and Brian Patton celebrate 54 consecutive pantomimes in a career that has encompassed Panto, Variety and Television for over Sixty Years. Jimmy has been in the business for sixty-three years, and this year Brian reaches his sixtieth year in 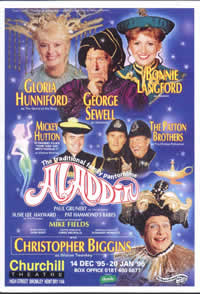 showbusiness– an amazing achievement! In all those years they have never missed a performance- something that must surely qualify them for a world record!

This Christmas, 2009, The Pattons and their real life brothers, The “Chuckles” will be touring Britain’s major theatres together in “A Christmas Chuckle”.

A double act since 1954, the brothers come from good theatrical stock. Their father was Gene Patton, who was with Ernie Lottonga and later with Bobby Thompson for many years, and at one time his comic feed was the 19 year old impressionist Peter Sellers.

The Patton’s younger brothers are “The Chuckle Brothers”, Paul and Barry, famed for “Chucklevision” and countless panto  appearances, but not however as many as Brian and Jimmy! Jimmy Patton started straight from school in 1946 joining Britain’s “Dead End Kids”, and performed in five pantomimes before he was joined by his brother Brian.

Brian teamed up with Jimmy for the 1956 “Aladdin” at the Wimbledon Theatre as Chinese Policemen- a role they were to play a further many times, along with brokers men, robbers, henchmen, captain and mate, Ugly Sisters, Chief and Dame - with the “Chuckles” -  but never a partridge in a pear tree!

Among the stars they have appeared with in Pantomime you can include Douglas Byng, Billy Dainty, George Lacy, Ronnie Corbett, Barbara Windsor, John Inman (at the Victoria Palace, London, and a further four pantomimes) With Leslie Crowther, Jack Tripp, Eve Boswell and Tommy Fields (Gracie’s Little Brother), Terry Scott, Ossie Morris (In Cardiff of course, his home ground) as well as Jack Milroy, Dickie Valentine and numerous stars in over fifty years.

The Patton’s have spanned the great years of pantomime and still continue to bring double mirth to pantomimes today. They recently appeared as The Ugly Sisters and the press said “They played their wicked roles to perfection and had by far the best lines in the production…”. So we should think so too! They have appeared each year for over half a century as Policemen, or Captain and Mate, as Kings and Clowns, and last year at Billingham they excelled as Broker’s Men in “Goldilocks” alongside Darren Day and Ken Morley,- long may the Patton Brothers reign supreme in Pantoland! 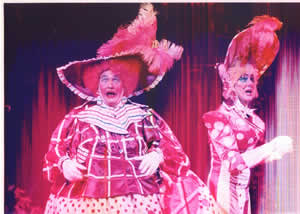 THE PATTON BROTHERS IN PANTOMIME - Jimmy and Brian 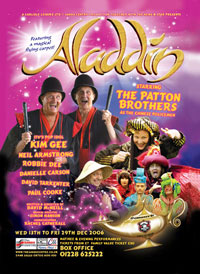 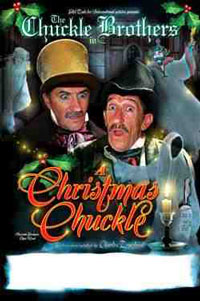