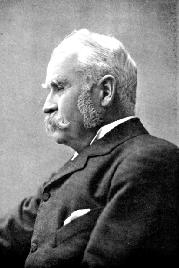 The writing of Christmas Pantomimes was quite a flourishing industry in Victorian days, but most surprising was to find the name of W.S. Gilbert amongst the authors.

It was several years before his first comic opera that he wrote his first and only Pantomime for E T. Smith in 1866, then lessee of the Lyceum. It bore the comprehensive title of Harlequin Cock Robin and Jenny Wren; or, Fortunatus and the Waters of Life, the Three Bears, the Three Gifts, the Three Wishes and the Little Man Who Woo'd a Little Maid, and it was produced at Christmas when Gilbert was 31 years of age. He received Ł60 for it, and it was not a success.

'I don't think it was a good title,' remarked Gilbert later, 'but Mr. E T. Smith thought it was. Perhaps it was as good as any other. There was a procession of birds in it and every bird was, somehow or other, exactly like the lessee.'

Written in four days it was a combination of nursery tales with the story of a plot by evil spirits against Cock Robin, and it was not without a certain merit. In some of the lyrics the germ of the neat facility and verbal ingenuity of the author of the Savoy opera libretti can be detected.

From this little-known Gilbertian work we must first quote as an example of his Pantomime humour a portion of the 'characteristic cast of cachinnatory characters' as he called it:

The Devil Miasma - an awfully bad lot though a fiend of common scents.

Age and Malaria - his offensive offspring

Demonio - not the Bel of that name  but a Metallic Monster, the demon familiar who hasn't a word to say for himself so is by no means vulgar.

Fresh Air - a beneficent fairy, the guardian of dicky birds in general and of Cock Robin in particular, Jenny Wren's lively friend and Miasma's deadly foe.

Fairies Oak, Willow and Fir - her three fairy subordinates who are rooted to one spot but are never in want of change as they always have a little Sylva about them.

Cuckoo, Raven and Sparrow - three conspicuous conspirators, base to the backbone, rejected lovers of Jenny Wren.

Great Bear, Middle-Sized Bear and Little Bear - afterwards changed into three baser bar-bear-ians and more rejected than ever by Jenny.

Cock Robin - a bird who has been the burd-en of many a rhyme, the Cock that no one can be Robin of his fame, whose he-red-itary red-breast can be recognised by hen-ny body.

Jenny Wren - the little wren who had ren-dered up her liberty to the Dicky Bird of her heart and nearly breaks it when he hops a twig.

The 'opening' a comparatively brief affair, begins with the scene 'Miasma's Marsh' in which Miasma is discovered surrounded by a group of hideous reptiles and insects of all kinds. Miasma proclaims:

Gather round me, serpents, vipers, toads, scorpions and beetles from your dark abodes; Infect the earth, the water and the air; Spit pestilential poison ev'rywhere! With sulphurous fumes all human nostrils fill - You understand? It is Miasma's will.

My sphere of action's cramped as it can be; Chloride of lime has nearly done for me!

Poor people live so cleanly and so neatly I find my little game played out completely! E'er from cheap lodging-house back I'm sent: Now poor folk lodge by act of Parliament!

What's this I hear? My deadly tools restricted now to fens and stagnant pools? Have I no home - no friends - no footing - none? My occupation, like Othello's, gone? I'm nearly stamped out in this cursed nation my epitaph: He died of Ventilation.

Subsequently a plot is laid against Cock Robin but by the intervention of the good fairies he is changed into a Little Man and Jenny Wren into the Little Maid. Then Fresh Air has this song:

There was a little man and he woo'd a little maid and he said: Little Maid will you wed, wed, wed? I have little more to say than will you, yea or nay? For the least said soonest mended-ed-ed.

The little maid replied and, some say, a little sighed with: But what shall we have for to eat, eat, eat? Will the love that you're so rich in light the fire in the kitchen and the little god of love turn the spit, spit, spit?

Subsequently the Little Maid explores the home of the Three Bears who, ridiculously disguised in Court dress, are afterwards introduced by Santana to the Little Maid as 'three foreign nobleman.' This is a snatch from the dialogue:

(Aside): Their costumes and all that are pretty fairish; Their manners, though, I find extremely bearish.

(Aloud): Are manners in your land so very shady that gentlemen don't bow before a lady?

Come bare your heads, my lords, before the leddy

Well, nature's beared  their heads for them already!

(Dance which is interrupted by a shriek from the LITTLE MAID who is struggling with Third Bear.)

For shame! How dare you? There, you've much displeased me.

What has he done?

Done? Been and gone and squeezed me.

Concealment and disguise away we tear -

I am your ancient enemy, First Bear.

Of my determined enmity you have heard -

I am the Second Bear!

And I, the third.

There is a dramatic scene in the finale which takes place in the "Bears' Growlery." After a struggle with the Three Bears the Little Maid cries:

Release me, monsters, please to let me go! It is very rude of you to crease me so. Unhand me, ruffians, as in many a play domestic heroines so often say.

After that Fortunatus suddenly appears through a trap with:

Here! I have heard you many thousand miles away! Stand off, you scoundrels, let her go, I say! You won't? Here goes - take that and that and that! I'll smash you flatter than a Gibus hat! Armed with this weapon any foe I'd dare come on you growling, grizzly, gawky bear.

Whereupon Miasma appears amid a cloud of 'miasmatic fumes' exclaiming:

This is a deed I like and, never loath, do!

In point of fact, we both do!

So perish all who brave Miasma's will; My noxious fumes their open nostrils fill; Fresh Air alone will bring them to, that's clear, and that's a thing that never ventures here! That she can penetrate this wood I doubt.

I beg your pardon, you can't keep her out; Where'er she goes all decent men of sense, rejoice to feel her gentle influence. For cleanliness is her prevailing feature.

Then the story concludes with a merry concerted piece with the extraordinary Gilbertian title of 'Chillinggowallabadorie' leading up to the Transformation Scene and the Harlequinade.

Many years afterwards Gilbert wrote an amusing account of this singular production which was attended by misfortune from the very beginning of the rehearsals.

"Mr. E T Smith, " he said, "had bought a vast crystal fountain and this property was to be the principal scenic effect of the pantomime. Four scenes had to be introduced to give time to set this absurdity and three scenes to strike it. Most of the scenes were written by the stage manager who, when I expostulated, told me they were much better written than mine and Mr. Smith agreed with him. Perhaps they were right......

"The rehearsals, of course, were a wild scramble. Everybody was going to introduce a song or a dance (unknown to me), and these songs and dances were rehearsed surreptitiously in corners..... The piece was produced on Boxing Night. It was an amazing production. It had occurred to Mr. E T Smith that it was a good idea to have the scenery painted at Cremorne (of which he was the lessee) and carted up to the Lyceum. The scenery was all behind - at least, it was none of it behind - it was all at Cremorne. At about four o'clock on Boxing Day installments of the scenery began to arrive - three pairs of wings, then half a flat, then a couple of sky borders and so on. When the curtain rose on the piece about three complete scenes had arrived. Two of these were scenes that had been introduced to set the fountain. They were to have occurred late in the opening but they were served up hot and hot as they arrived.

Gilbert went on to describe the subsequent confusion during which Mr. Smith in the wings was heard calling for the Fish Ballet. Someone ("probably the ballet master," remarked Gilbert) expostulated "A fish ballet in the forest?"

"Is this a time to talk of forests?" cried the anguished Mr. Smith.

"The ballet master," continued Gilbert, "probably agreed with Mr. Smith (on reflection) that this was not the time to talk of forests, for a Fish Ballet entered (very shiny and scaly but otherwise not like any fish I have ever met) and danced a very long ballet which they themselves thoughtfully encored. Then came the clever and hard-working lady with another song (from last year's Pantomime). Then a can-can by the Finette troupe. Then a party of acrobats. Then the spotted monarch's mystic dance. Altogether a chain of events calculated to arrest the attention of a wayfarer through that wood and set him pondering.

"At last came the Transformation Scene - that is to say, some of it. One half of the scene - the OP half - was there; tinselled fenelly branches, with large, half-opened oyster shells beneath each branch, each shell containing a beautiful young woman. It is not considered a healthy sign when oyster shells open by themselves, but in this case the oysters looked quite fresh. But the other half of the scene - the P.S. half - alas! it hadn't arrived - it was at Cremorne. There was no attempt to fill up the deficiency. One half of the stage was complete and the other half empty."

Poor Mr. Smith had to face a storm of execration from the audience at the end. He made a speech not a word of which was heard during the hubbub. His courage, however, changed the mood of the audience, and a round of applause followed his exit. The Harlequinade went well, but poor Mr. Smith's fountains were never seen.

Extracts taken from PANTOMIME PAGEANT by A.E. Wilson - Published in 1947 by Stanley Paul & Co Limited and out of print.